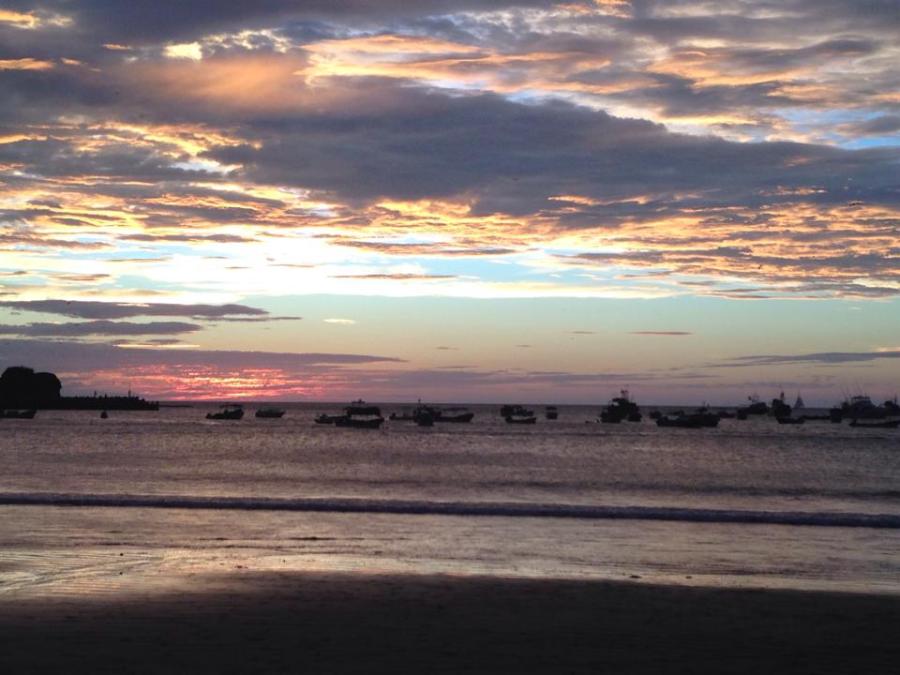 Another one of my favourite countries in Central America- Nicaragua! I spent 3 weeks here, and was amazed by how diverse the country is. 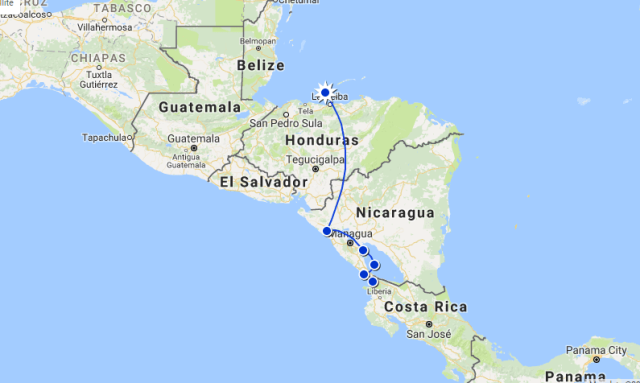 Leon
Leon is a pretty little colonial town on the West coast of Nicaragua. Most of the tourist destinations are based on the West coast, so we made a beeline there from Utila in Honduras (see my last post). This however took a horrendous 18 hours, so you may want to split up this journey by stopping along the way. I stayed at Lazybones hostel, where there was a great pool and even better breakfast!

Leon has beautiful colonial streets to be explored with huge cathedrals and churches on almost every corner. It’s also a great place for a night out! Leon is near to Volcan Cerro Negro were you can try volcano boarding if the volcano is inactive at the time! Sadly for us, the volcano was active when we wanted to try volcano boarding (stupid lava). 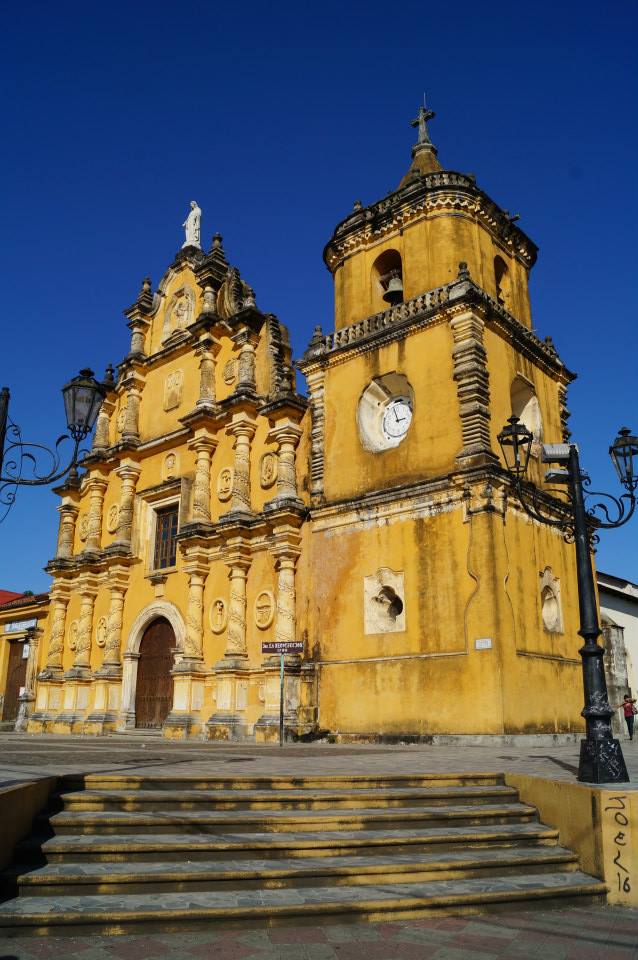 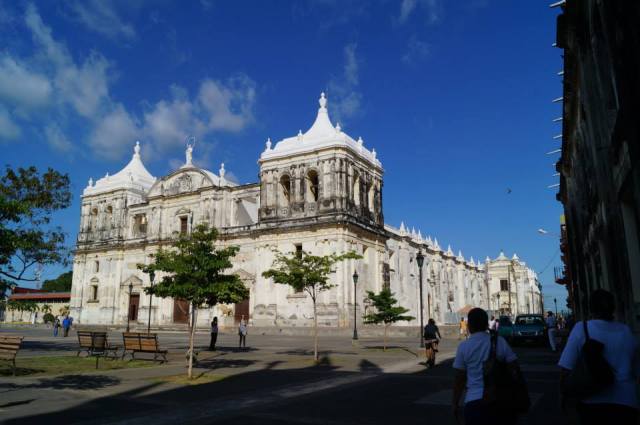 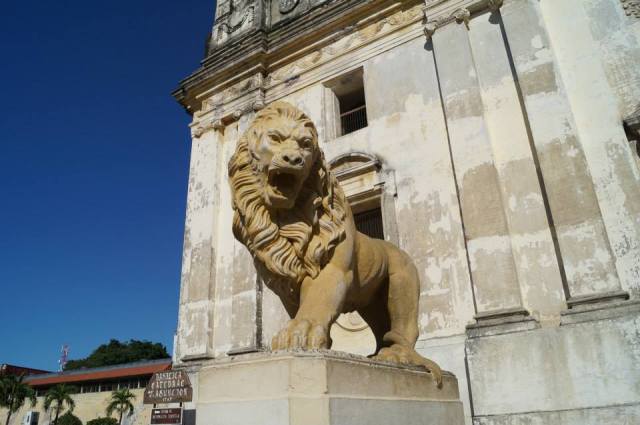 Granada
We made the short journey from Leon to Granada using public transport (the beauty of travelling in a group of 7 is that you can hire private shuttles for super cheap!). The journey was split into 2, stopping off at Managua to change buses. Managua is the capital of Nicaragua, but, like most capital cities, I found it to be loud, overpopulated and dusty, so we didn’t stop there long! 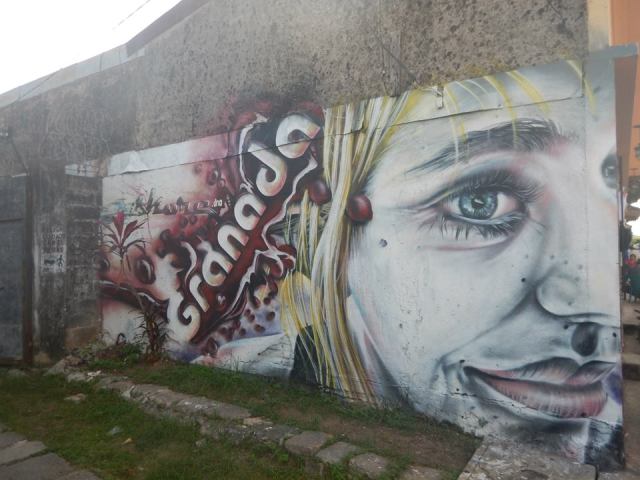 Granada is a very touristy area of Nicaragua, where the rich and famous come to dwell. If, like me, you are neither rich, nor famous, there is still plenty to be explored here! There are a lot of colonial buildings in Granada, similar to Leon, with impressive old churches, and forts used to protect the city. You can even hire your own boat for about 55 Cordoba (£1.32) and explore the islands around Granada where there are forts, monkeys, and even a chance to gawk at said rich and famous people in their millionaire homes! 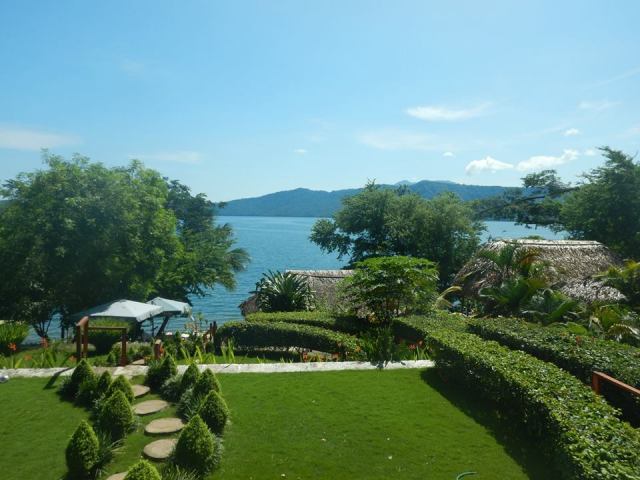 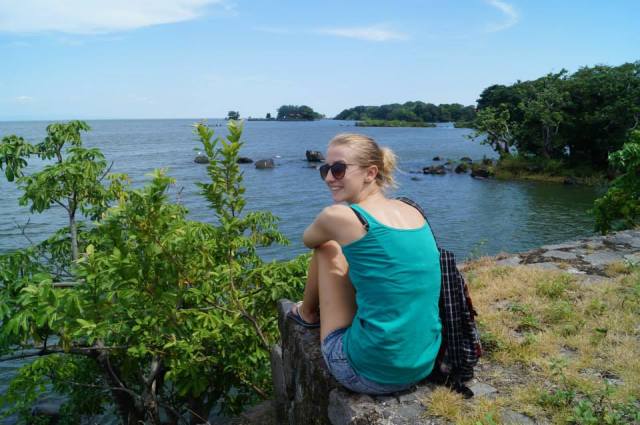 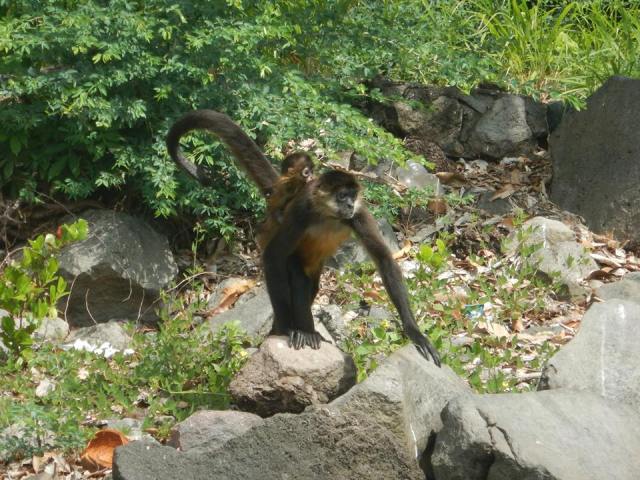 Granada is also a good base to visit the nearby Laguna de Apoyo, a huge lake where you can swim, kayak, or just spend the day relaxing! 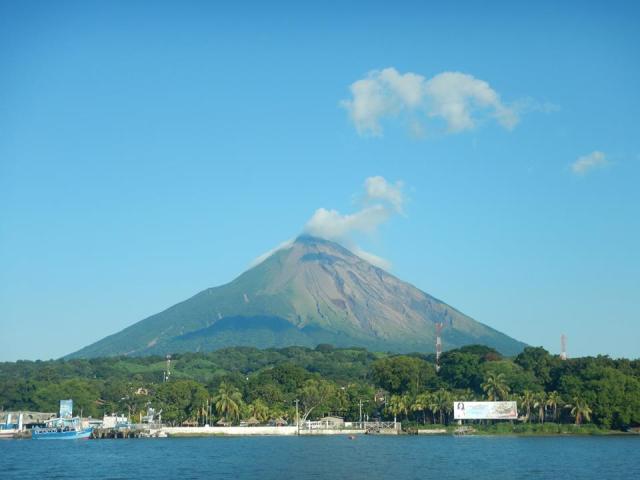 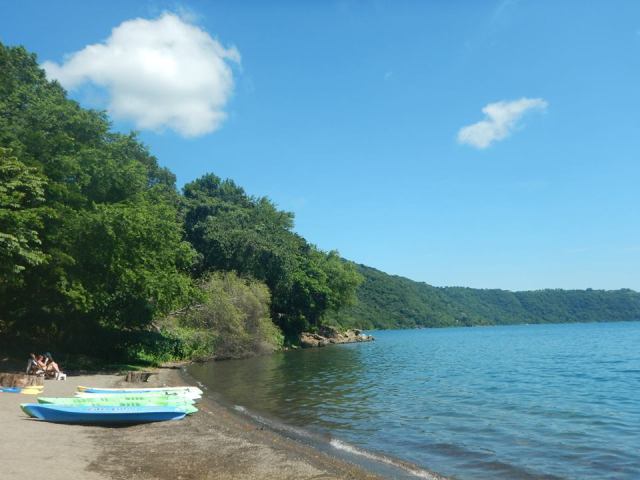 Ometepe
Ometepe is an island in the middle of Lago Cocibolca, the largest lake in Central America. The island is actually made up of 2 volcanoes- the active Concepcion, and the dormant Maderas. Ometepe is gorgeous! Definitely worth the visit, and has some of the best sunsets I’ve ever seen. We stayed at Hacienda Merida whilst here. 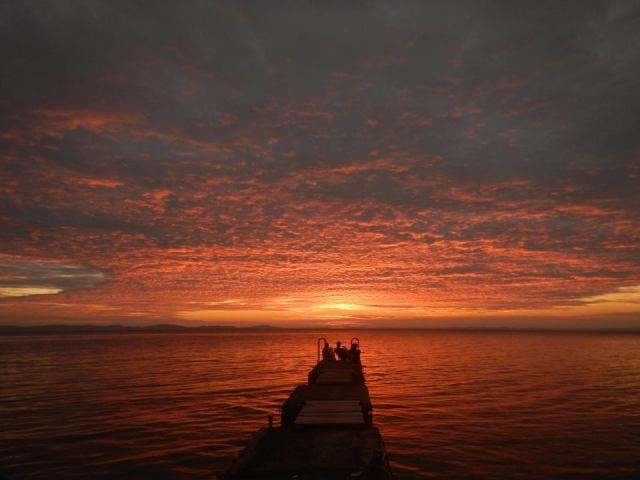 San Juan del Sur
Now, if you’ve ever spoken to someone who’s been to Nicaragua, they’ll likely have told you about San Juan del Sur. It’s tourist or ‘gringo’ central, but with good reason! San Juan del Sur has some of the best surf spots in the world, with the famous Maderas beach nearby. At 5’11”, and 90% of the time covered in bruises, I’m not exactly what you would call a natural surfer, but I gave it a good try in San Juan and had an amazing time earning more bruises! 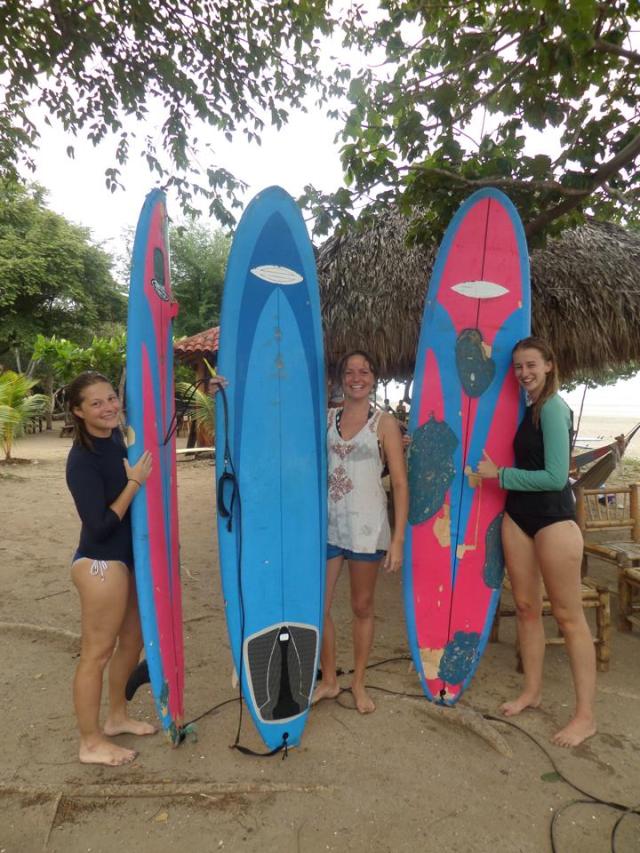 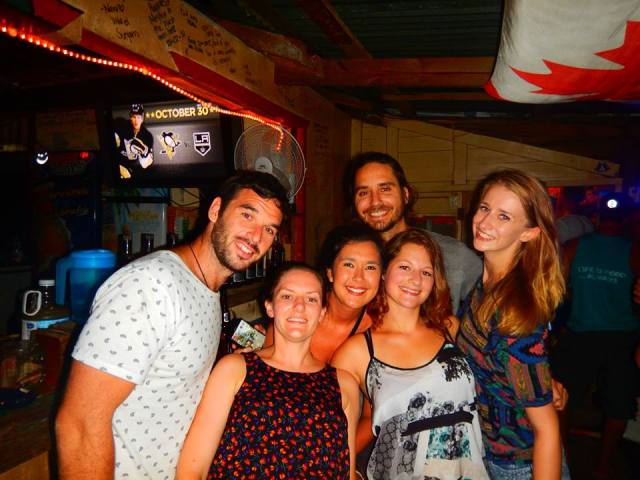 San Juan del Sur was our final stop, rounding off an amazing 3 weeks in Nicaragua. It was also where we said goodbye to our travel companions we had met at the Mexico/Belize border 7 weeks earlier! The group of 7 was now down to 2, but the adventure continued. On to Costa Ricaaaa! 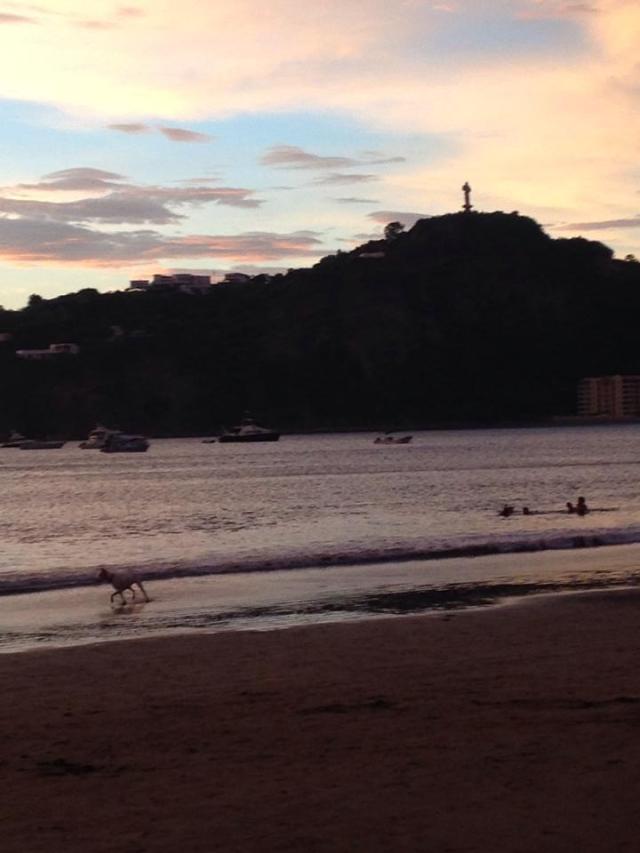 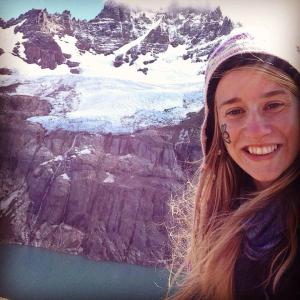